Change Incorporated is a new, purpose-driven media company owned by VICE. It exists to create measurable, positive change, funded by the companies at the heart of the world’s most controversial and crucial issues. Its fact-based journalism is supported by global partnerships with companies that can and hopefully will drive positive disruption.

WIPbrands has been commissioned by VICE to develop all the visual elements for this new media, from graphic guidelines right through to print and digital communication support.

How to make CHANGE INC stand out in the saturated world of media? How to capture the attention of young smokers and spark their interest?

A one year collaboration between WIPbrands and VICE can be summarised hereafter:

The crash test was CHANGE INC’s first campaign in the United Kingdom, aimed at getting the Brits to stop smoking. A slightly crazy bet that led us to develop a cheeky and offbeat tone, complicit and fun.

Using a modular layout system, the first campaign promoted short films about smoking, its effect on the body, on human relationships, etc… 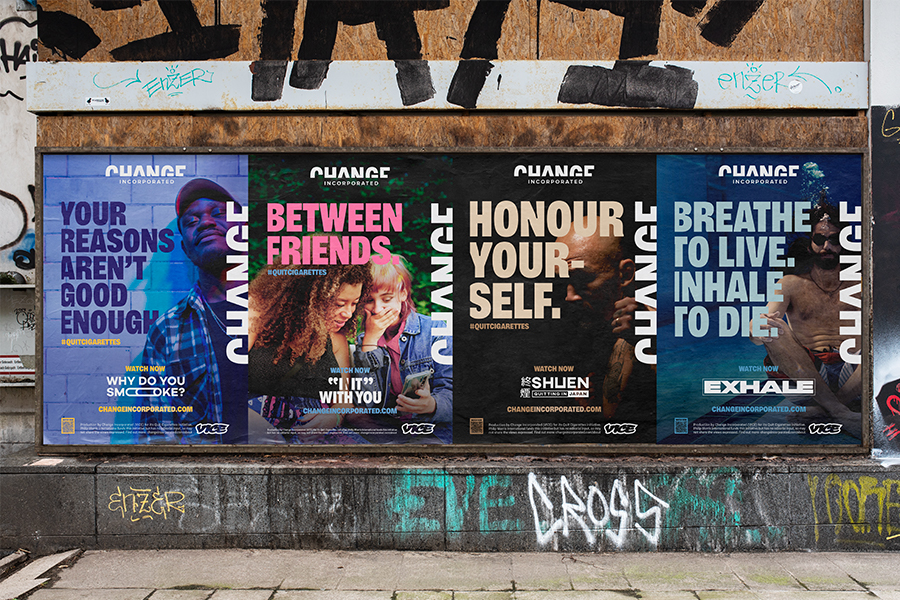 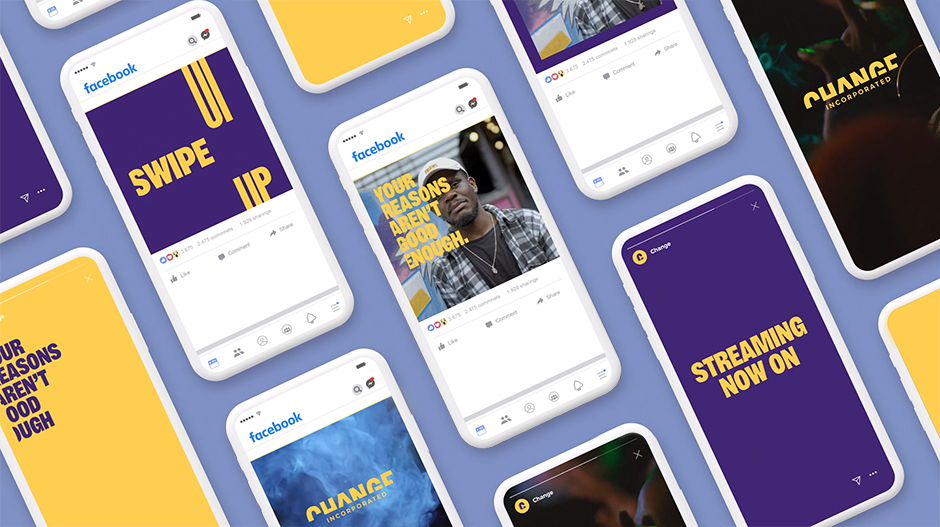 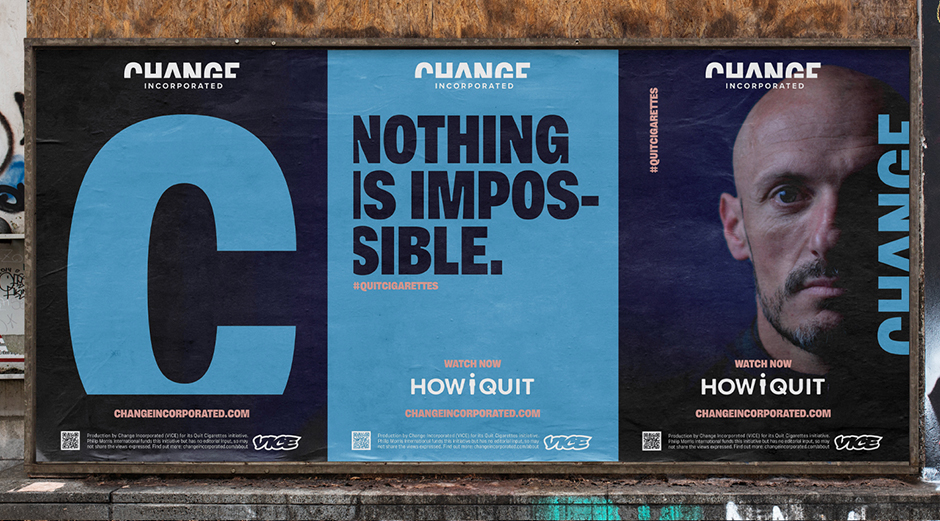 Another campaign raised awareness of the harmful effects of smoking through eye catching messages combined with commissioned photos which add a humorous, quirky edge. We developed a colorimetric system to generate fresh and dynamic colour palettes to emphasise the tone of voice. 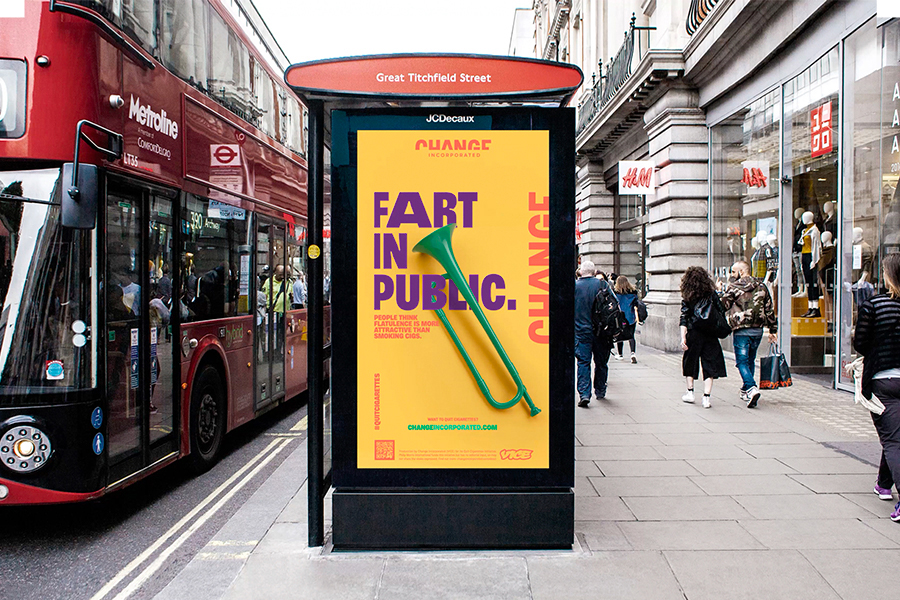 The result was a diverse range of on- and offline content radically different from the usual anti-smoking ad campaigns one would expect. 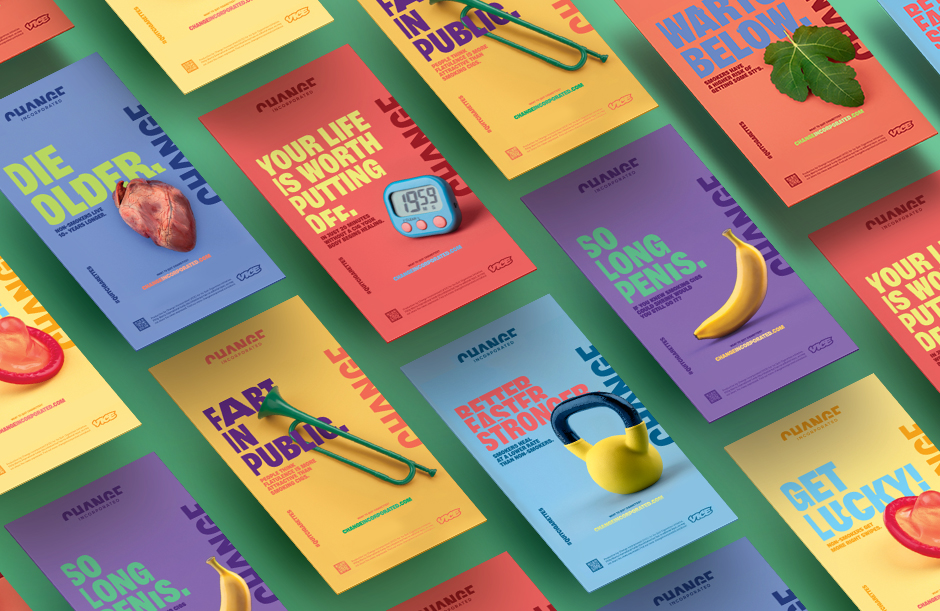